Your Classifications Are Making A Difference

Cyclone Center was the 14th project hosted by Zooniverse when it was launched in September of 2012 and only the second that was based on weather or climate data.  As we come up on our 4th birthday, we’d like share what we’ve learned so far and how your classifications over the next few months will lead to even more exciting findings. 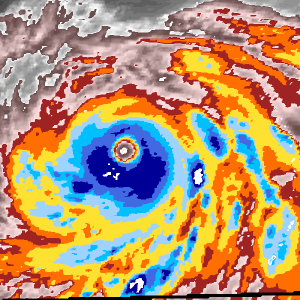 Typhoon Nabi (2005) was a powerful storm that our classifiers successfully completed analyzing.

The reason for Cyclone Center is simple.  Tropical cyclones generally develop over remote areas of the ocean, where there are few if any direct observations of them.  It is vitally important that we know how strong these storms are for societal (e.g. warnings, evacuations, protecting life and property) as well as scientific (e.g. are storms getting stronger with climate change?) reasons.  Since storms are typically not directly measured, scientists use images of them to estimate the wind speed.  Unfortunately, although the algorithm used around the world is basically the same, it is subjective and significant disagreement has crept into the historical record.  Cyclone Center uses a special set of satellite images and classifications from you to determine a more consistent, and thus better, estimate of tropical cyclone winds.

Over the last four years, we have learned much and have had a number of notable accomplishments with your help: END_OF_DOCUMENT_TOKEN_TO_BE_REPLACED

The calm before the storm

It has been a quiet summer here in Asheville and on CycloneCenter.org. We tend to have fewer classifications in the summer, likely due to all those vacations that you’re taking.

As you come back from break, though, don’t forget to classify some storm images. We recently had a paper accepted for publication in a scientific journal (more on that in later posts) and we’re planning some big things for our fourth birthday. So check out the recent stats and go make some classifications!

Hello Classifiers and Friends!  There have been a number of recent developments in Cyclone Center world in recent weeks.  Have a read and then head over to the Cyclone Center website and help us keep the classifying momentum!

Today, the White House announced the launch of citizenscience.gov, a new hub for U.S. government sponsored citizen science projects.  Cyclone Center is one of 300 project listed on the site. 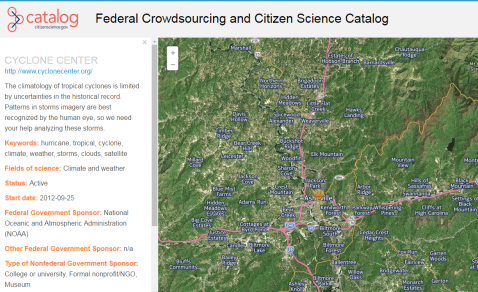 Originally launched in September of 2012, Cyclone Center has gathered over a half million classifications from citizen scientists in nearly every country.  We use your classifications to clarify inconsistencies in historical tropical cyclone wind records.  Your contributions have resulted in the publication of two papers, numerous scientific presentations, and educational opportunities from K-12 through college.

There is still much to do; we need your help to finish classifying our 32-year data set of tropical cyclone images.  Log on to cyclonecenter.org and join our expanding group of citizen scientists today.

February 2016  was one of our most successful months so far! Citizen scientists made 15,858 classifications! END_OF_DOCUMENT_TOKEN_TO_BE_REPLACED

One of the great things about crowd sourcing is that we have the luxury of using numerous classifications to determine an answer for one image.  The responses of 15 citizen scientists is much more powerful than a response from one person, even if that person is an expert.

We have gone through every single storm image on Cyclone Center that has been classified by at least 10 citizen scientists.  All classifications were used to determine the variance of the image – or, how similar one classification was to the others.  Ambiguous cloud patterns will have a higher variance than one with a clear eye, for example.

END_OF_DOCUMENT_TOKEN_TO_BE_REPLACED 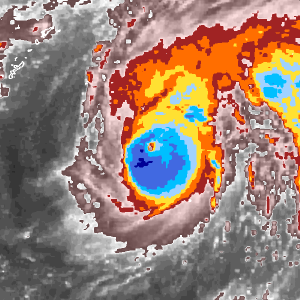